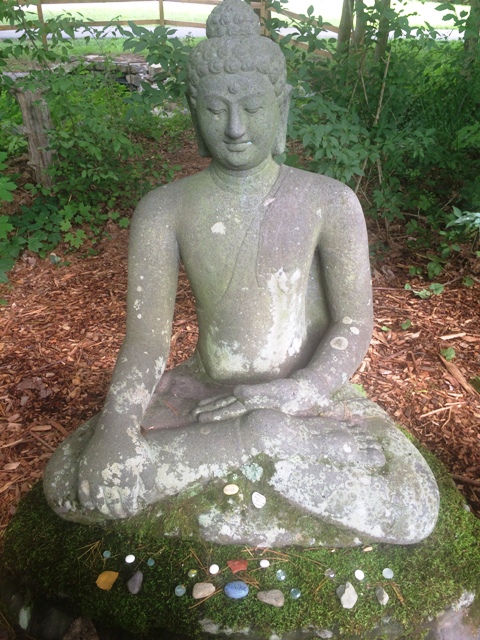 Something good is on the way.

I felt it as my husband and I walked our dog this evening in the September breeze. The temperature dropped a few degrees, giant puffy clouds rolled in, and the wind kicked up. Dried up crinkled leaves tumbled across the brick walkways as we strolled through the college campus near our house. The last of summer’s fireflies blinked their green bodies in the dusk. I no longer hear the chorus of cicadas. The heavy thickness of the summer air melted away and I felt like I could breathe again. In that moment, I longed for my fleece pullover. I also longed for change.

This summer has felt endless, unmovable. Like summer, I have been feeling stuck, unable to move forward, forced to stay in the present. I want newness.

Today I watched a Facebook Live video of one of my favorite life coaches, Martha Beck. She was elaborating on a recent piece she wrote on her website titled “The Storm Before the Calm.” I felt like she was talking about my life. She writes: “When we ask for better lives, we are calling the whirlwind. When the Storm hits, we don’t connect it with our wanting, with our calls for help. We feel blindsided by misfortune, attacked by circumstances, drowned in agony we can’t control.”

My grief this year has felt like one giant earthquake. There’s the initial impact—the shock, the loss, the anger, the sadness. That one simple question has stayed with me this whole year: Why?

Then, without even noticing, the grief slips away. I hear myself laughing when I thought I would never laugh again. What follows for the next few months is an ebb and flow; this earthquake of grief has ripples of aftershocks. They creep up on you when you’re not expecting it. A song on the radio. Walking by baby clothes at Target. Another friend’s announcement of their pregnancy. These moments used to take my heart days to recover from. Now, it take hours, sometimes only minutes to return to center.

Beck says, “The storm isn’t the curse, but preparation for the blessing.” Gosh. I love that. When I’ve been in the throes of these storms before, I often find myself asking “Why is this happening to me?” But reading Beck’s article today erased that question from my mind and replaced it with her sage words: “This is happening for you not to you.”

This feeling is not foreign to me. I felt it after I left my ex-husband and a shit storm followed for the next year. A tornado-like storm knocked down a towering elm in my backyard and crushed my fence while my house was on the market. (Yes, I do recognize the possible metaphors here.) Four months later, my dad almost died when his aorta split in half and he had to be airlifted to the hospital. We thought we lost him. Eight months later, my vet found a softball size tumor in my dog, Yoshi, and 24 hours later, I had to put him to sleep and he was gone from my life.

“The greater the gift we’ve requested, the wilder and more violent the storm will be, and the deeper the grace. … The very thing you thought would drown you turns out to support you,” Beck says.

I’m still waiting for this year’s storm to reveal its path so I can make sense of it all. I want to get to that moment where I say: “Ah. I get it now.”

Truth is what keeps us calm, Beck says. When these storms are raging in our lives, we have to keep coming back to what we know is true so that we don’t completely lose it and unravel.

Truth: My heart at times feels like a wide desert of emptiness, and I fear that I will carry this feeling between my ribs as long as I am breathing.

Truth: Yesterday, I cried in the shower.

Truth: I have no road map.

It’s strange how acknowledging those simple truths anchor me. It makes the storm seem less scary, and maybe, even necessary.

Truth: Something good is on the way. 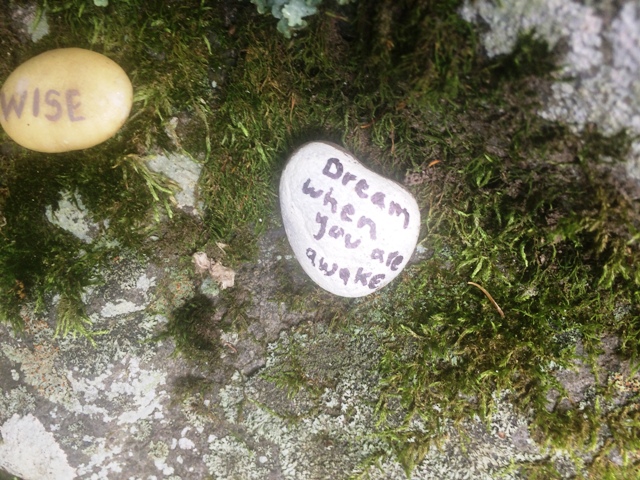 6 thoughts on “Something good is on the way”