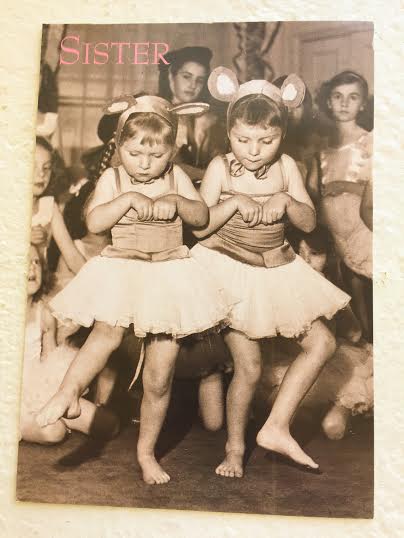 My sister has moved 22 times as an adult. And no, she’s not in the armed services, the French Foreign Legion or the witness protection program.

I guess you could say that she’s a rolling stone.

And she’s been through many acquisitions and purges in her 35 years of moving  but there has been one item that has always made the cut – a box filled with every note, letter and card I’ve ever sent her starting when she went to camp when she was 12.

The box is not organized in any way, shape or form and if you knew my sister at all, you would laugh at the very idea of her organizing such a thing.

I pulled out the box while I was visiting her this week and it was a little like that weeper movie, Somewhere in Time, where Christopher Reeve is swept back in time by looking at an old painting. Years and years documented by Hallmark.

My sister is seven years younger than me and she was only 38 when we lost both of our parents. That’s terribly young to lose your rudders and the loss has certainly informed much of her life since then.

As the older sister I was always somewhat of an authority figure (okay, you can say bossy), even if she rarely took my advice.  When our parents died in 2002, I became sister and mother, a dual role I desperately want to get right. 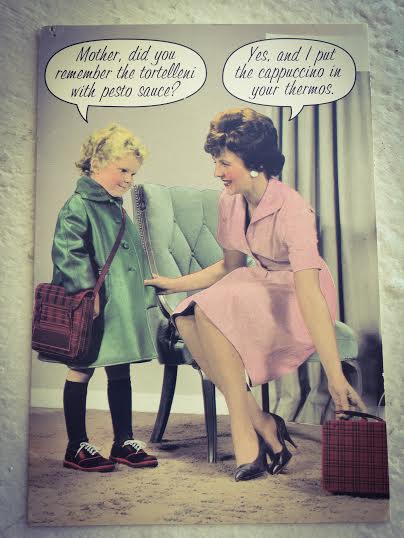 This is the essence of my sister.

Rummaging through the box, I have made several observations:

I pulled out a letter from 1981 that I had written my sister – on yellow legal pad paper, my stationary of choice for many years. She was living in Lynchburg, VA with my aunt and uncle and taking general studies courses at the local community college. Her grades in high school were not stellar and she was feeling like a loser while many of her friends were enrolled at various colleges and universities.

I was trying to make her feel good about herself and her future and my letter made me laugh out loud when I got to this part: Don’t look back – the past is nothing but a bunch of Kodak snapshots dumped in a box in the closet. 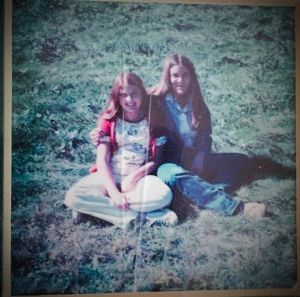 How prophetic I was!

I don’t know if my letter helped her but it all worked out well as she went on to study at The University of Virginia and is now managing several breast cancer centers in Southern California.

But it’s the cards that really get to me. Almost all of them have a picture of two young girls on the front and that is the image that has sustained me over the years – the two of us, together – usually laughing and usually up to some shenanigans. 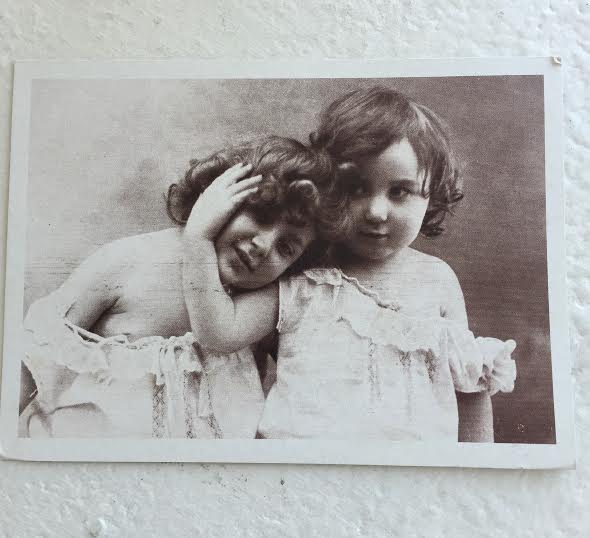 The inscription on this cards says, “I’m so glad I always have you to lean on.”

It is a rare and precious thing to be deeply known by another human being – especially one that you are related to and my sister knows me in all manner of ways. That’s why she had a case of seltzer water (orange) chilling for me upon my arrival and vases of fresh-cut hydrangeas (my fave) throughout the condo.

And she knows my heart and my pain and she has suffered greatly these past few months since I lost my job – a job that was more like a calling to me. She was 3,000 miles and three time zones away as we weathered this great storm together. And yet, she walked every step of this ordeal with me. 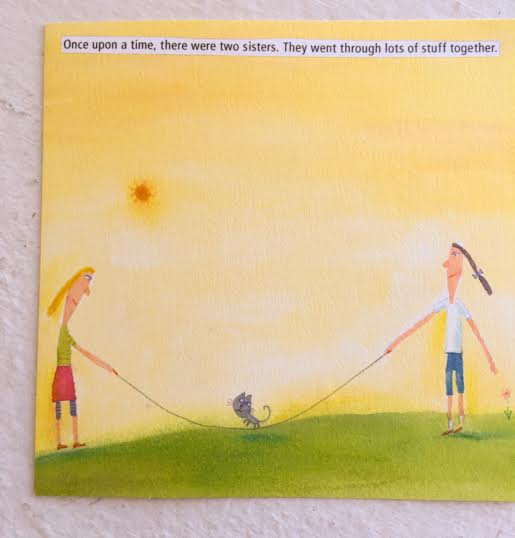 Some of it was good. Some of it wasn’t. But through thick and thin, they stayed close, and they were sure they always would. And this made the world good again.

That’s why I was so grateful to have the opportunity to share a special dinner with her on my first night here. I sat across from her at the table and looked into her sweet face and told her that in my entire life, I’ve never felt another person be so present to my pain.

She cried. I cried. I think the waiter might have even cried.

We’ve had so much fun together this week and “no fights” as she remarked the other night, which initiated a hilarious “greatest hits” recap of some of our most famous disagreements.

My favorite story is from years ago. I was living in Greensboro at the time and she was in Kensington, MD. We got into a heated argument about, well, who knows, and I got so mad that I threw the phone, the portable phone mind you, against the wall and it shattered into pieces. She called back a minute or two later and my partner answered the phone. My sister said very earnestly, “I think Addison and I got disconnected.”

I’m giggling now thinking about how clueless she was to my rage.

Fortunately, most of our disconnections have been few and far between over the years. Nothing a call or, yes, a card couldn’t repair, but I’ll tell you one thing, we’re going to need a bigger box. 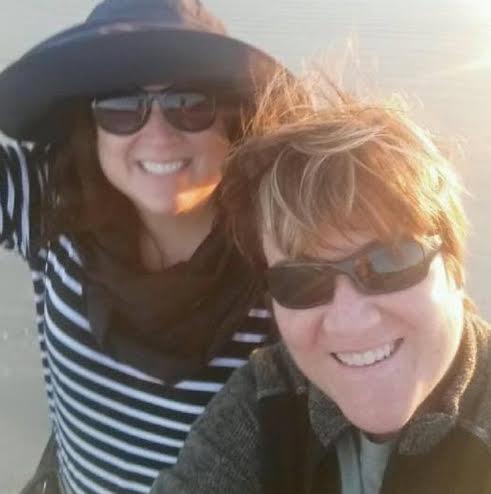 My sister, my lifeline.