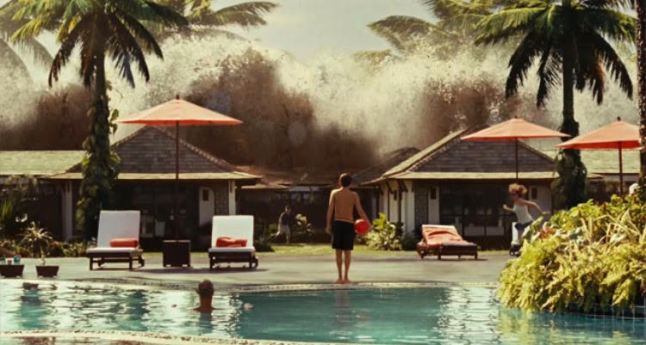 The Impossible is an absolutely gripping film from 2012 about one family’s experience in the 2004 tsunami in the Indian Ocean. One minute they are enjoying a Christmas vacation at a lush resort, the next they are literally swept away into total chaos and destruction.

I thought about this film in the middle of the night when I could not sleep – 24 hours before Donald Trump’s inauguration. Probably just a coincidence.

Last night as I was stone cold awake, I had a physical sensation that felt very familiar to me but I couldn’t quite nail it. Then it came to me – that feeling you have in the middle of the night before you or a loved one are having surgery. You know – that anxious feeling where you tell yourself that there is nothing to worry about and everything will be okay. And then somehow it is 4 AM and you still haven’t gone to sleep.

The devastation of November 8th feels far away from me today. It is no longer unfathomable to me that Hillary Clinton was not elected president. You’ve all seen the various autopsies and any combination of causes – FBI Director Comey, Russian hacking, fake news, misogyny, patriarchy, a flawed campaign and high unfavorability ratings – can explain her defeat.

Don’t get me wrong – I will mourn Hillary’s loss for the rest of my life but today it’s a fresh pink scar and not an open wound as it was for those first awful weeks. A fearful dread now hangs over me (and approximately 65,844,953 others) as we feel the rumbles of the electoral tsunami creeping ever closer.

I started watching some news again the first of the year. My dear wife likes to watch the Today show as she’s getting ready for work. We have developed some new safety protocols – the main one being that if Kellyanne Conway appears on-screen, she is to hit the off button immediately. For the record, we have that same rule in effect when Sarah McLachlan’s  Arms of the Angels PSA comes on, too. No Kellyanne. No sick kittens. The human spirit can only absorb so much pain.

I find myself crying more easily and more often these days. The Obamas, damn them, certainly haven’t helped matters. It seems as if every day one of them gives us another reason to weep but their grace, humanity and humility have helped make me believe for a little while that everything really will be okay.

My biggest breakdown to date came right before Thanksgiving when I was still deep in the throes of my election depression and avoiding all media. I just happened to be surfing for Sex and the City reruns (they always make me feel better) when I caught the White House ceremony when President Obama awarded the Presidential Medal of Freedom to 21 recipients, including Ellen DeGeneres.

Twitter continues to save me on a daily basis.

It was the faces that killed me. Obama’s face – so genuine and respectful – and the faces of the recipients – all of them superstars in their fields – but so absolutely gobsmacked by receiving this award from this president. Tom Hanks, Robert DeNiro, Michael Jordan, Bill Gates, Bruce Freaking Springsteen – all of them with enough hardware to fill an armory – all deeply moved by the honor.  Ellen flat-out ugly cried, bless her heart. And I ugly cried right along with her when President Obama told us that we should never forget how much courage was required for her to come out on the most public of stages almost 20 years ago, noting that she “pushed our country in the direction of justice.”

I pray there’s no turning back now. 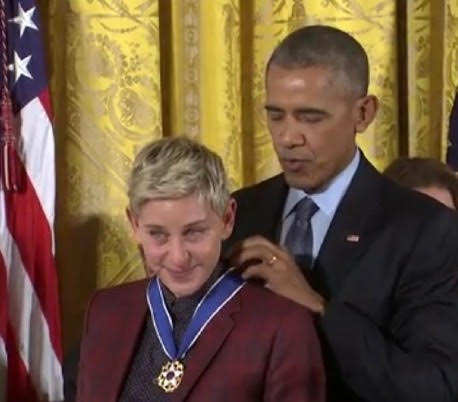 The White House released a YouTube video recently in which many famous and not so famous folks share how they have been inspired by the Obamas.  In the video, noted feminist Gloria Steinem says, “It was the first time in my life when I felt like the White House belonged to everyone.” I know that feeling, too. In 2011, I was invited to the White House for a LGBT reception in celebration of PRIDE month. I don’t care how cool you think you are, being a guest at the White House is a pretty heady experience.

I’ll always regret that the most qualified Clinton never made it to the Oval. That’s me in the White House, 2011.

I remember going to D.C. for the March on Washington for Lesbian, Gay and Bi Equal Rights and Liberation in the spring of 1993. It was an empowering and life changing event for me as I heard speaker after speaker talk about taking our place at the table. It was too much for me to imagine back then that table would one day include one at 1600 Pennsylvania Avenue.

I cried again the week before Christmas when my friend Gina posted a picture of her partner Marco becoming an American citizen. Marco is a handsome and charming Italian (redundant) and my wife and I both fell madly in love with him when we met him at my best friend Carla’s (Gina’s sister) wedding four years ago.

Marco and Gina are both brilliant mathematicians – those rare folks who actually used algebra after high school. They are that groovy couple who do the unimaginable and make math look hot. Anyway, I knew Marco had been studying for his citizenship exam but when I saw his sweet mug on Facebook with Gina’s caption, “One of our newest citizens!” – well, I lost it.

I told her that I wanted our country to be deserving of Marco’s beautiful smile. It’s like that bumper sticker says: I want to be the person my dog thinks I am.

His beaming face and the special red, white and blue tie he had purchased for the occasion just gutted me. I thought about so many people joking – sort of – about moving to Canada post-election. Such a disconnect from how gleeful Marco looks in Gina’s photograph. The Obamas made me feel like our country was deserving of that smile.

I’ll be back in our nation’s capital this weekend for another historic march – this time the Women’s March on Washington, the day after the inauguration. A lot has happened in those 24 years since my last march, especially in terms of LGBT rights. I’m legally married to the person I love and entitled to all the rights associated with that piece of paper.

And I’m not just marching for myself this time.

I’m marching for a thousand and one important reasons. Correction – make that 1002, counting Marco. 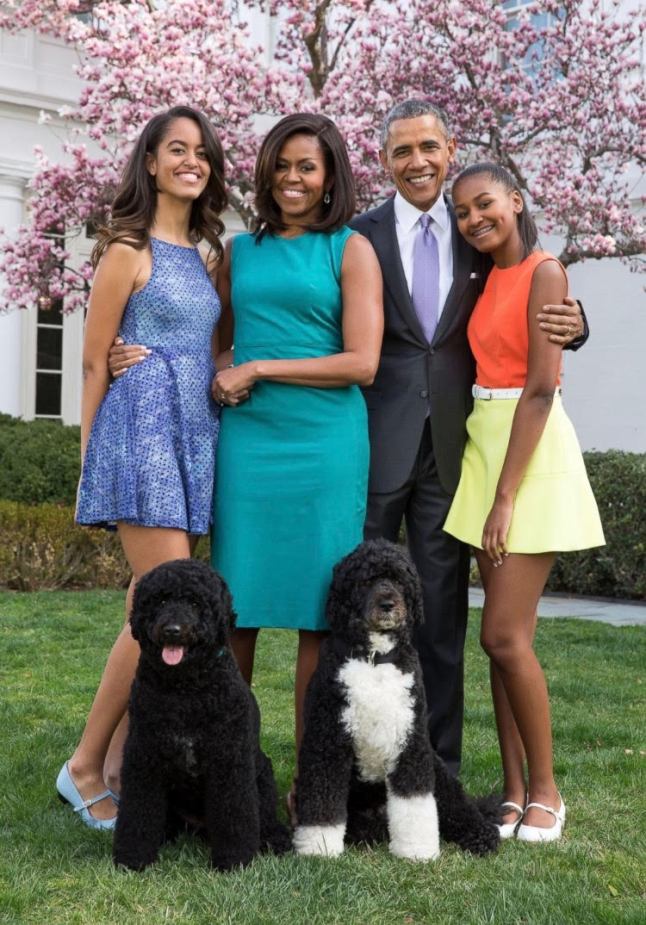 The First Family. I’ll even miss their dogs.